The other day at lunch we were having a conversation about the number of people who claim or believe they have been kidnapped and experimented on by aliens.  The difficulty here is that with the numbers involved, the aliens would be whizzing in and out of our solar system numerous times a day.

No matter how advanced a technology you have, including faster than light technology, traveling between star systems on a daily basis would require the expenditure of energy and resources at an insane level if your purpose was merely to study human beings.

So why is it that so many people believe they have been abducted?  Why are there so many people who claim they have seen UFOs?  Why are books about ancient astronauts visiting the earth so popular?  Why so many mythologies and religions with paradise in the skies?

Is there an explanation?  A set of facts that would connect the dots?

Imagine if you will a galaxy spanning confederation of worlds and species that have successfully navigated the journey between adolescence and adulthood without destroying themselves.

Civilizations that, in their journey into the enlightened self interest of adulthood, have learned the vital lesson of the soul corrupting, soul destroying power of the dark side;  the dark emotions such as revenge, vengeance, greed etc.

So what would such civilizations do when an aberrant individual such as Clifford Olson or Willie Pickton occurs, however infrequently such an individual may appear?

I am constantly amazed at the rabid fervour so many individuals who claim to be Christians have for executing people they consider unfit to be allowed to live. What is truly amazing is that when I point out that our record makes clear that if we had the death penalty in Canada we would have executed numerous innocent victims, their attitude is that if we have to kill innocent victims in order to kill those they judge unfit to live that is fine with them. “You have to break a few eggs to make an omelette.”

Although how one equates making an omelette with taking a life escapes me.

They are clearly willing, nay avid, to engage in the exact behaviour they judge makes those they wish to kill unfit to live. They can see neither the twisted irony nor the contradiction their desire for vengeance and blood creates.

I state that I oppose the death penalty on the grounds that we would inevitably be executing innocent victims who would be our personal victims.

I know that this position puts me on the hate list of those rabid individuals and groups that seek vengeance.  So be it, as an individual striving to become an enlightened adult I have no choice but to stand up and say murder is wrong no matter what excuse you use to try to justify the unjustifiable.

So, what would worlds and civilizations that have put the corruption of the soul that comes with giving in to the darkness of vengeance and other dark emotions behind them do to segregate aberrant individuals, yet still present such individuals with the opportunity to seek and find adulthood, even enlightenment.  How would a galaxy spanning confederation of such worlds and civilizations choose to protect itself while still offering the opportunity for salvation

You choose, terraform or build a suitable world habitat. You design and construct  a suitable biological unit (or perhaps choose the form of one of the adolescent races in the galaxy) to host the essence of the aberrant individuals. You then download the essences of the individual patients and give them the opportunity to learn and grow by letting them roam the surface of planet.

In order to ensure the maximum opportunity to have multiple different experiences and learning scenarios you design the host biological unit with a short (particularly contrasted with the millennia long or immortal lifespan of an advanced civilization) life span. When death occurs, from whatever cause, the essence of each being is downloaded and then uploaded into a new host unit and the lesson/treatment continues.

The reason ‘humans’ don’t remember back to our primitive period is that every ‘reload’ results in the memories being suppressed. Until the numbers of patients on the planet reached sufficient numbers to form at least primitive societies and pass along oral and then written histories, the suppression of the memories of the individual patients as they were recycled effectively erased the history of the planet.

Although the old and new memories are suppressed, the need to allow the essence of the individuals to remain intact and grow means a certain connection, however tenuous and clouded, to an individual’s memories exists.

Thus our yearning to return to heaven and our placing heaven in the skies. We retain faint memory of the wondrous civilizations that exist in the skies and how wondrous these heavenly abodes were.

So many feel they have been ‘kidnapped’ by aliens because they have. We have all been ‘probed’ in order to capture our essence and memories in order to download them into a new biological host unit.

Past lives are tenuous bits of memory leaking through into the ‘memory’ of the current individual host. The concept of being reborn into life on a cycle of death and rebirth until we achieve enlightenment is the knowledge of our ‘sentence’ allowed to exist and remain at the back of our consciousness.

The reason the planet seems to be heavily visited these days is that as the population grew (grows), the increasing number of individuals requiring recycling increases the transport needed to perform the recycling.

Sadly, the steady (over time) ‘population growth’ suggests achieving enlightenment and ascension back into the heavens is a rare event. On the up side the existence of Buddha and other such individuals bears witness to the fact that if an individual pursues enlightenment it can be achieved.

Of course this was an exercise in imagination (it was, right?) and does not necessarily bear any relationship to the true reality of our planet, despite the fact that it does fit the evidence and serves to explain memories and beliefs shared in common.

Still, how likely is it that this is the truth of where we come from and why we are here on this planet?

On the other hand the fact that this planet is the insane asylum for the galaxy and ‘humans’ are the patients would certainly explain human behaviour. 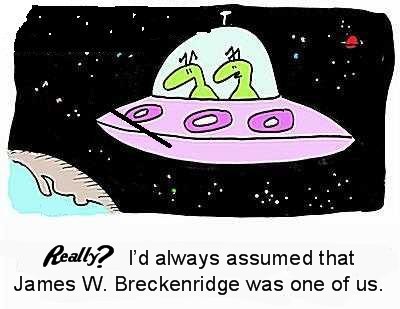